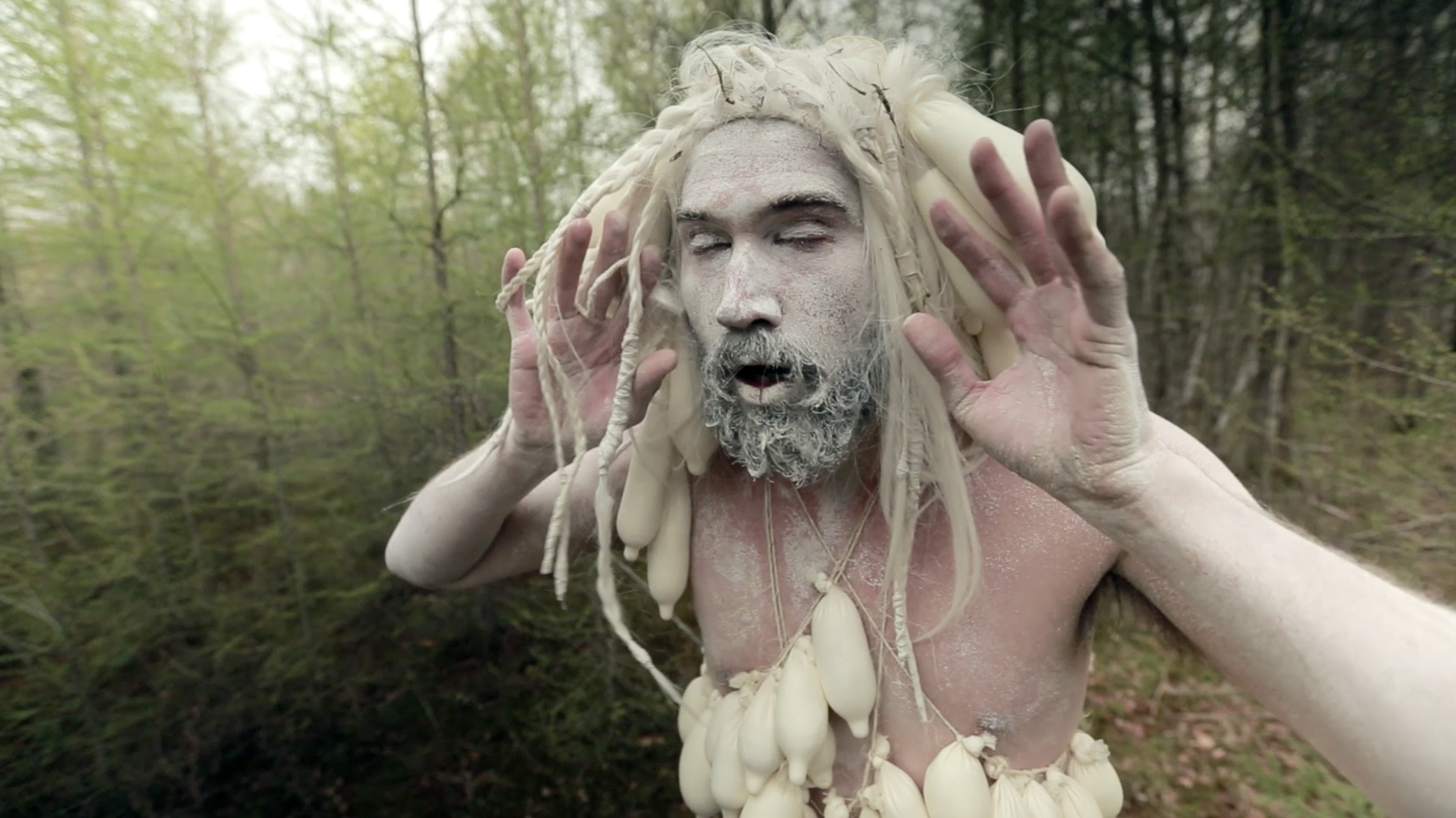 Voir la vidéo
French artist Pascal Lievre has been a pioneering figure in the practice of performing philosophy and psychoanalysis. The first steps in articulating this project began in 2000 with a video, Lacan Dalida, in which excerpts from Lacan’s Livre VIII of the Seminar were sung, set to a hit single by French-Egyptian star Dalida. This was by followed by Mao Abba, and set into play a series of video works quoting philosophers from Nietzsche to Badiou. Just as he had merged a popular form of recitation (karaoke) with a less inclusive text, he expanded this strategy in 2007 by bringing feminist philosophy and gender studies to a mainstream body repertory: aerobics, and the catwalk, emphasizing how the body was conditioned to perform beautifully. Lievre changed both the models and the message.

Already looking through the prism of Judith Butler, he was fleshing out identity construction, and following her lead, emphasized a performative understanding of gender. The catwalks (the first incarnation was launched at the Pompidou Center in Paris) in which men and women model quotes from feminists (activists, thinkers) and philosophers, have since toured cities in France, and Canada.

Most of his videos however (which can be seen on the artist’s website, lievre.fr) rarely leave his studio and are made up of one single take, no cuts, no camera movements, though he has ventured outside on occasion, for more explicitly political pieces, such as Axis of Evil and Patriotic (set to speeches by George W Bush). Axis of Evil was shot in Canada, while Patriotic, made in Paris, sees Pascal Lievre collaborating with Canadian artist Benny Nemerofsky Ramsay.

His latest video, Totem und Tabu, gathers all his concerns and methods into a singular enterprise that sees him, logically, reaching out to the shaman figure. It acts as well as the third installment forming a Canadian trilogy: the video was shot outside Montreal, Quebec, with Canadian performance artist and shaman, Michael Dudeck, whose own work has been praised by A.A. Bronson and Marina Abramovic.

In his 2010 ‘Bad Romance’ exhibition, Pascal Lievre began using glitter on his paintings. He also sprinkled his performers for his videos, creating mythical bodies covered with sparkle that were closer to the world of Kenneth Anger than they were to drag. Totem und Tabu (in which Freud discussed shamanism) has Dudeck joining this circle of figures, covering himself in white flour, in the manner of a fakir, composing a headpiece of condoms, and attempting to channel Freud. Lievre then lets Dudeck loose, becoming a body that is able to perform all genders. Freud inhabits the shaman, with whom he shares the ability to interpret a dream world while under the influence of drugs.

What will also strike those familiar with his videos is the narrative use given to camera movements, possibly the first time the artist attempts something explicitly cinematographic. The opening shots are of a presence making its way through a silver birch forest, looking to the sky, creating atmosphere. In the distance, we begin to hear the shaman’s mantra, ‘totem und tabu’, that carries him to a place Lievre doesn’t dare follow. But a space that intrigues him nonetheless, one of myth and theater.

In a 2012 video, Lost: portrait of an island , he had removed all human presence from the entire series of LOST.

Totem und Tabu’s opening shots mimick those of the series. But here, what is haunting the image is akin to how Butler describes Freud’s Melancholia, namely the lost love that the subject is subsequently unable to acknowledge or grieve. A remarkably dark pop 21st century piece.